It’s 1994 and a new breakthrough in fuel cells has taken the world by storm. “We could be manufacturing and selling clean hydrogen-powered cars any day now! How soon? Let’s say … 2000.” A newspaper article just like that is how I got into fuel cell engineering almost 20 years ago.

Well, it’s now 20 years later, and Toyota has just announced the sale of its fuel cell Mirai car. It can actually be purchased by consumers – not just leased. Quantities are in the hundreds, and it’s obviously restricted to the areas where hydrogen refueling is available, but it’s a huge milestone.

After these decades of hard work in the chemistry labs and engineering workshops, machine shops and test tracks, , it’s interesting to look back on the hype and overblown ambitions that led here. The interactive timeline below shows how long various people thought it would be before fuel cell cars became commercial. Hover over each bar for a full quotation, or click for a link to the original article where available.

Do you remember other irrationally exuberant fuel cell claims? Or uncannily accurate predictions? Leave a comment with a link to the original article and we’ll update the chart. 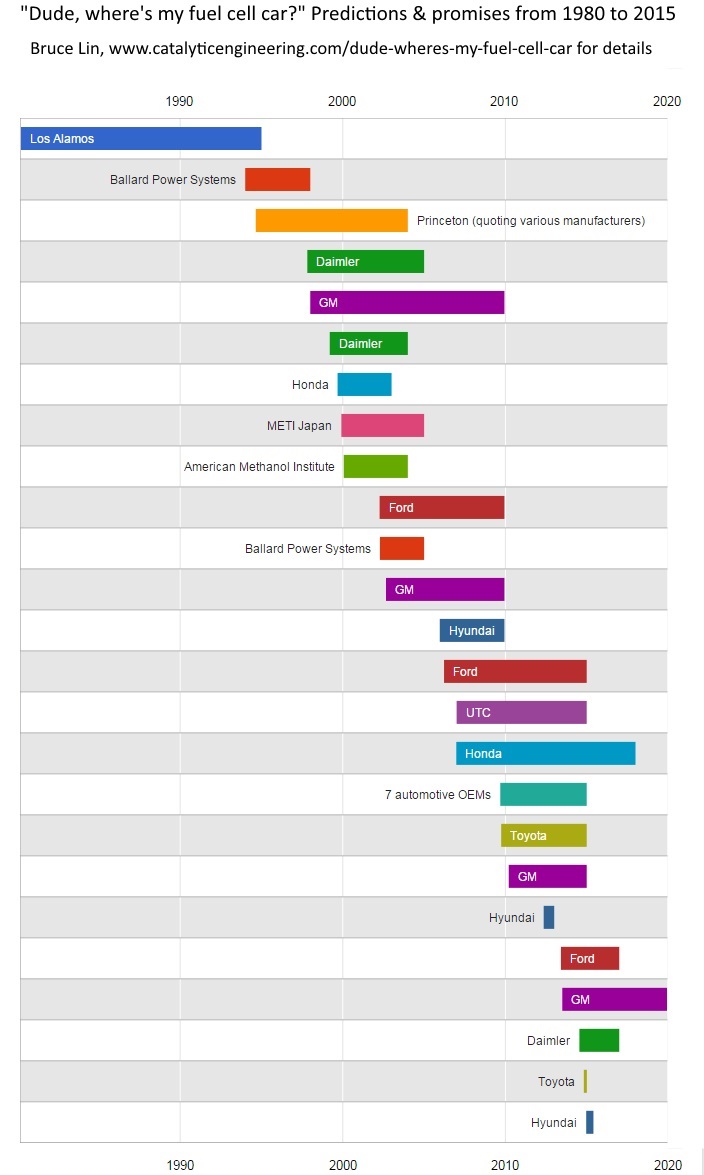